The Essence of Time: How Mayan Calendars Work

The Mayans relied on THREE separate, yet interrelated and interconnected calendars to keep historical records. Learn more about how they worked.
Share on Facebook
Get in Messenger 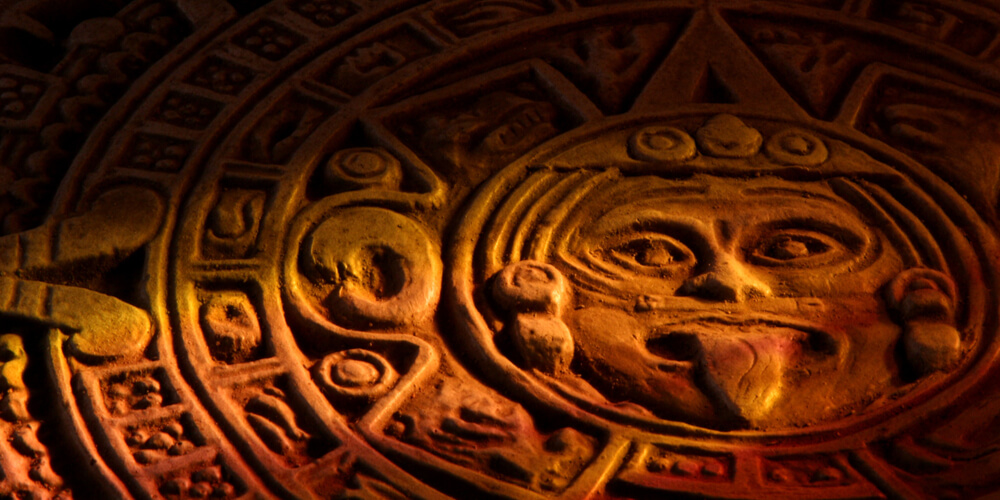 I bet you can hardly remember a day in your life when you did not consult a calendar. Even when on vacation, I make mental notes of how much of the trouble-free bliss is left. The Mayans recognized the importance of calendars, too. They may not have been the first to invent the calendar, but they sure were among the pioneers of tracking history. Let’s learn more about the calendar system they relied on to keep their records.

🌞 Who the Mayans Were

I should probably start with a quick note about who the Mayans were. The great civilization formed in Mesoamerica (Middle America) – a region between South America and Mexico where many other significant cultures – the Olmec, Aztec, Toltec, and Teotihuacan – originated. The Mayans inhabited the areas of modern-day Honduras, Guatemala, Belize, El Salvador, and the southern parts of Mexico.

The Mayan system of chronology is known to the world under the collective term of “the Mayan Calendar”. However, I was surprised to find out that the Mayans relied on THREE separate, yet interrelated and interconnected calendars:

When the Mayans decided an event was significant enough to make a record of it, they used all three calendars to specify its date and inscribe it on a stela.

The familiar Gregorian calendar we are using is made up of 12 months, each 28 to 31 days long. The sacred Mayan calendar Tzolk'in calendar has 20 periods, each 13 days long, making up a 260-day cycle. I dug into the origins of the calendar and found three theories justifying the unusual length of the calendar cycle:

Historians believe the third theory to be the most reliable, and here’s why:

As I have already said, the Tzolk’in is made up of 260 days. Each day had a number (one of the 13) and a name (one of the 20). The calendar starts and the first number (tone) and the first day name (glyph). As soon as it reaches number 13 and the 13th name, the numbers start over, but the name moves on to the 14th. If it is difficult to imagine how the calendar works, think of two cogs – a smaller one moving inside of a bigger one. They lock and spin until the final combination of the tone and the glyph is reached.

How Tzolk’in was Used

Tzolk’in is a sacred calendar used by shamans to select the dates for meaningful events, both religious and agricultural. It helped determine the dates for successful military battles, ceremonies, find out which days will be auspicious for harvesting or sowing, or simply lucky. The Tzolk’in was also used in a similar way as the Zodiac is now – the Mayans believed in the imprint one’s date of birth left on one’s life.

The Tzolk’in had a thousand uses, but still. The Mayans did not feel it was sufficient to take account of the solar year. So, they created the Haab – a 360-day-long solar calendar.

Of all Mayan calendars, the solar calendar, or the Haab, is the closest to the Gregorian calendar.

The Haab is made up of 18 20-day-long periods called uinals – a total of 360 days. Just like in the Tzolk’in, each day in the Haab calendar has a name and a number, except for the last five days in the year. Thing is, the Mayan astronomers, who knew that the solar cycle is more than 360 days long, had an argument with the Mayan mathematicians, who wanted to simplify the count and make the number of the days in a year divisible by 20. And so, they decided that by the Haab, the year will be 360 + 5 days long. None of those 5 days had a name, but they were collectively known as the Wayeb and were believed to be unlucky and dangerous, as gods did not watch the Earth during that time period. The Mayans refrained from doing anything important or even anything; they stayed at home and performed sacred ceremonies to ward off evil and encourage the gods to return.

How Haab was Used

Most agricultural, accounting, and economic activities were aligned with the Haab to ensure success.

The Haab was a lot longer than the Tzolk’in, but the Mayans still needed a bigger chronological measure to keep historical records. Thus, they combined the sacred and the solar calendars to form the Calendar Round.

Remember the cogs you imagined to understand how Tzolk’in works? Let’s retrieve the image, and increase the number of cogs, adding one big gear representing the Haab calendar. The two calendars sort of lock together to form a 18,890-day-long Calendar Round, according to which the Tzolk’in and the Haab come in sync every 52 years and start the Calendar Round anew.

It may sound surprising, but the Calendar Round is not the longest calendar the Mayans used either. The one they could rely on to measure time for generations to come was the Long Count Calendar.

The Long Count Calendar keeps track of every day of the Great Cycle, which the Mayans began on August 11, 3114 B.C, and till its end approximately 5,125 years later. As you can remember, that Great Cycle ended on December 21, 2012 – the day that had been mistakenly thought to be the world’s end. Luckily, it turned out only to be the beginning of the new Great Cycle.

How the Long Count Calendar Works

As represented in the Long Count Calendar, each consists of 5 digits:

Here it would be logical to represent a recent day using the Long Count Calendar, but one would need to know the date of first day of the last Great Cycle and align it with the Gregorian calendar, and this is quite a challenge!

I suggest an alternative: why don’t we see the proof of the importance of the Mayan calendars in one of the main monuments of the Mayan architecture – the Temple of Kukulkan?

🌞 The Temple of Kukulkan

The Temple of Kukulkan has 4 broad, steep staircases, each made up of 91 steps. Together with the top platform, which functioned as the altar for sacrifices, the temple comprises 365 steps – the same as the amount of days in a year according to the Haab calendar.

If you read up to this point, determining the date by the Long Count Calendar will be a piece of cake for you!

Let's check your Spanish vocabulary now!
See how many words you will guess!
START QUIZ
7 Must-See Pyramids of Mexico
Take a look at the most impressive pyramids in Mexico and learn some facts from the ancient culture.
funny-spanish.com
From Spiders to Gators: More Scary Legends from Spain
Halloween is over, but we cannot stop sharing these scary tales with you!
funny-spanish.com