Stingy Jack: the Tale of How a Turnip Turned into a Pumpkin

Have you ever wondered where the tradition of carving ghoulish faces into sunny pumpkins and illuminating them with candles came from?
Share on Facebook
Get in Messenger 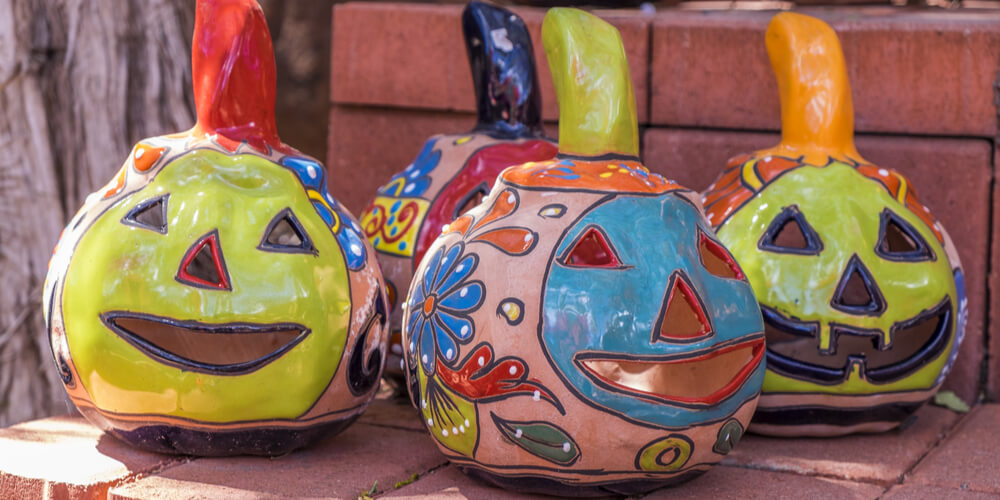 Have you ever wondered where the tradition of carving ghoulish faces into sunny pumpkins and illuminating them with candles came from?

🎃 The King of Tricksters

The Halloween tradition was formed many centuries ago on the basis of an Irish myth that told the story of ‘Stingy Jack’ – a man who took the Devil out for a drink. However, Stingy Jack’s behavior totally conformed to his nickname as he did not want to pay for his drink. And so, he persuaded the Devil that he should turn himself into a coin that Jack would use to pay for the booze. The Devil agreed, and as he did so, Stingy Jack put him into his pocket where he already had a silver cross so that the Devil would not regain his original form. Later Jack fed the Devil on the condition that he would leave him be for a year and if Jack died would not claim his soul. The Devil fulfilled his part of the agreement, but the following year Stingy Jack tricked him again into captivity by asking the Devil to climb up a tree and pick a piece of fruit. As he was doing so, Jack carved a cross into the tree’s bark, which prevented the Devil from coming down. This time Jack made the Devil promise not to bothered him for 10 more years.

Unfortunately, Jack didn’t have the time to enjoy the peaceful 10 years, as he died soon after. God could not allow such a wheeler-dealer into heaven, and the Devil could not break his word and allow Jack into hell either. Upset by the fact, the Devil sent Jack off to roam in the night for eternity with a single burning coal to light his way in the dark. Stingy Jack kept the hot coal in a carved-out turnip, so the Irish began referring to him as “Jack of the Lantern” and later shortened the name the Irish way to “Jack O’Lantern”.
With time, people in Ireland and Scotland began to make their own lanterns from turnips or potatoes. They would carve scary faces into the vegetables and place them into windows or on the doorstep to ward off Stingy Jack and other evil spirits roaming in the dark on All Hallows’ Eve. Englishmen used large beets for the same purpose. When immigrants from the Old World came to the Americas, they revived the tradition but found out that pumpkin, which was native to the New World, made a much better carving material. And this is how jack-o’-lanterns as we know and love them now appeared!

🎃 Jack-O'Lanterns in Spain and Mexico

Despite the fact that for many years the Celts inhabited the territory of modern Galicia, which is an autonomous community of Spain, the tradition of carving faces and scary images into tasty pumpkins is practically non-existent as such. Moreover, the tradition is not eagerly adopted because of its wastefulness. The Spanish prefer to keep bright pumpkin pulp all to themselves and cook an assortment of delicious dishes like pumpkin and tomato soup or creamy pumpkin sauce for rice. They also enjoy the sweetness of the squash in juiced version, in pancakes, cakes, and custards.

In Mexico, you CAN find carved pumpkins, but not exactly in the way you are used to seeing them in the U.S. Native to the Mexican state of Puebla, where fine clays were in abundance, Talavera is a craft with a century-old history that originated in response to the need in tiles for church and monastery decoration. Ceramic jack-o’-lanterns decorated in the basic colors of Talavera (blue, black, yellow, orange, green, and purple) will give your Halloween décor a folk feel.

And now, a Spanish true-false word game!
Start now and test your knowledge!
START QUIZ
From Spiders to Gators: More Scary Legends from Spain
Halloween is over, but we cannot stop sharing these scary tales with you!
funny-spanish.com
10 Scariest Urban Legends from the Spanish-Speaking World
Tuck yourself into the safest corner of your house and read if you dare!
funny-spanish.com