Is bullfighting a sport or an art? A part of Spanish culture or a brutal tradition? Let’s get a full immersion into the heated atmosphere and find out!
Share on Facebook
Get in Messenger 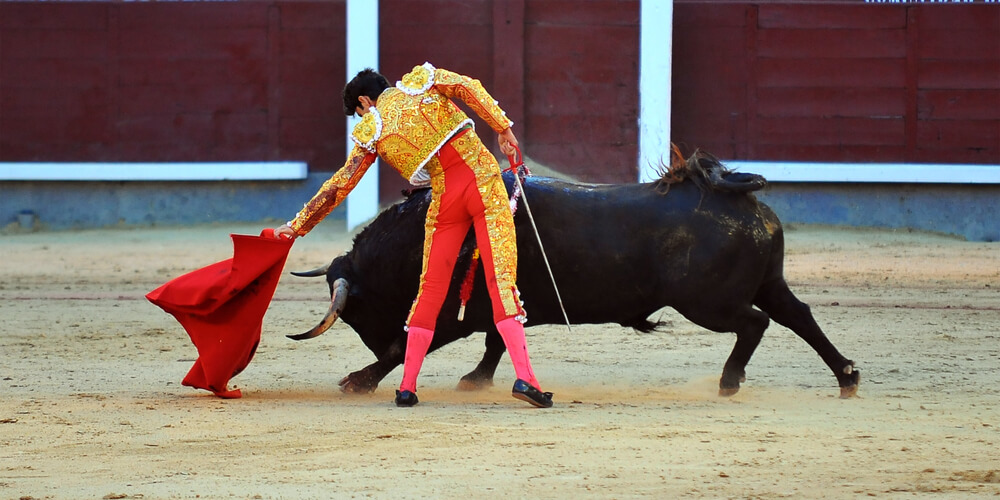 Bullfighting is one of the immediate associations with the word “Spain” that almost everyone has. But do we really know what it is all about? Is bullfighting a sport or an art? A part of Spanish culture or a brutal tradition? Let’s get a full immersion into the heated atmosphere of the corrida, sort through some Spanish terms and find out!

🐂 A Bit of History

Bullfighting dates back to the Middle Ages when noblemen needed to practice for battle. They needed to learn to move nimbly themselves and teach their horse to do so, otherwise, they would lose the first fight they get into and perish. Here’s how corrida evolved through the centuries:

Curious to see what it looks like in reality? Then read on to picture the corrida in detail!

First, you should remember not to wear anything amarillo (yellow. Learn ore Spanish names for colors here) to the corrida, as this color in the crowd attracts bad luck. Then you come and squeeze into a tiny spot, because it was built a few centuries ago when people were not as big as we are now, and watch paseíllo – the parade of the bullfighters, their teams, and the official participating and presiding over the fight. If you want full immersion, buy some pipas (salted sunflower seeds) and look for peñas –  bullfighting fan clubs – who are easily recognizable by noisy conversations and the flags they drape around the railings.

A corrida usually involves 3 toreros (bullfighters) and 6 bulls. A torero who is allowed to kill the bull is called the matador. The least experienced matador fights the first bull, the next most experienced challenges the second bull and the most experienced matador deals with the third bull, the sequence then repeats once again for the remaining three bulls. Each of the 6 bulls has a name, which, alongside with weight and breeder details, is announced before the fight starts.

That’s it for now! But there are many more corrida details to come next week, so stay tuned!

And now, a Spanish vocab game!
Start now and test your knowledge!
START QUIZ
Tercios de Corrida: Stages of the Bull Fight
Corrida may be cruel, but it is not messy: it is very structured, with three different stages each separated with the sound of a trumpet. Learn the details of each of the three stages of the bullfighting.
funny-spanish.com
La Tomatina: the Furious Vegetable Fight
Learn more about the very special epic red battle that takes place annually in Buñol, Spain.
funny-spanish.com