Season to Be Feliz: Christmas Traditions in Spain

What’s going on in Spain within the two weeks of Christmas holidays? Let’s find out together!
Share on Facebook
Get in Messenger 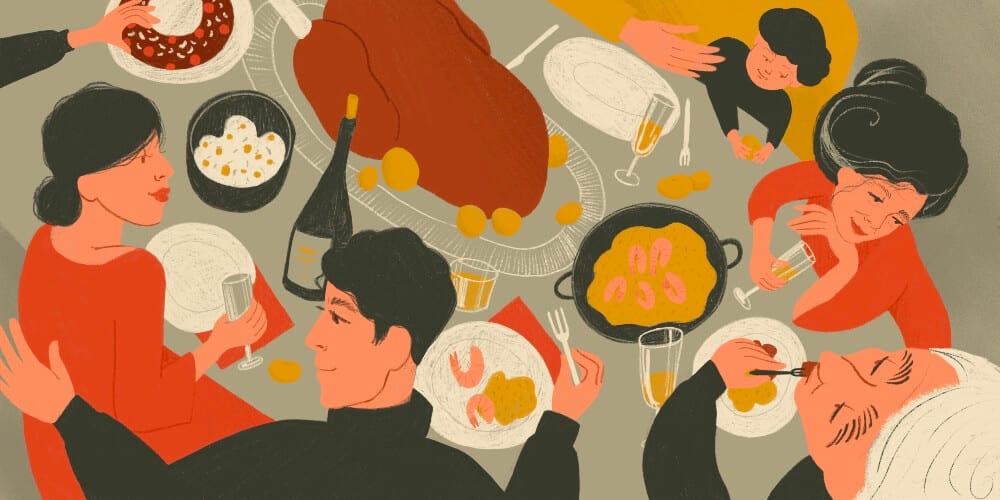 “It’s like Christmas!” – isn’t that a phrase you’d choose to describe a state of complete happiness or a situation that borders on magic? Turn out, the Spanish have a very similar expression – ¡Estoy como unas Pascuas! You may be wondering why it’s Pascuas, in the plural. The answer is: Pascuas, or Navidades, is a time period from December 24 to January 6 when all the magic happens every year. What’s going on in Spain within those two weeks? Let’s find out together!

Just like everywhere else, Christmas in Spain is a family holiday infused with love, harmony and blissful happiness, even if one is not a regular church-goer.

Oddly enough, Christmas season in Spain begins with La Lotería de Navidad (Christmas lottery). The lottery has been held following the same procedure since 1812. The place where the event takes place varies, but one thing is unchangeable: the numbers are drawn by the students of San Ildefonso school of Madrid and delivered to the public in form of a song. One student would sing the number and another – the prize it corresponds to.  Until the mid-eighties of the previous century, only boys could take part in the drawing. María Rodríguez was the first girl to sing the numbers drawn in 1984. The biggest prize featured in the lottery is called El Gordo (the Fat One) and it amounts to hundreds of millions of euros. Thing is, lottery tickets are divided among regions and further among kiosks in batches, and so, whole areas may share the same winning number, which means El Gordo has to be split among all the owners of the winning number tickets. However, the prize still remains six-figure. You might want to look for videos of these peculiar announcements on YouTube, and this article about big Spanish numbers will help you understand the numbers sung by choir children.

Christmas Eve is celebrated as usual, on December 24th, although it has a slightly different name (Nochebuena literally means “good night”). The family reunites to have a grand dinner together. We chose the word “grand” intentionally because most Spanish families are really BIG! After the dinner, many would attend the midnight mass, which has a peculiar name La Misa del Gallo (Rooster Mass). It is called so because on the night Baby Jesus was born, a rooster is said to have crowed. There is a lot of music and singing at the mass, the traditional accompaniment instruments being the guitar, the tambourine, a Spanish variation of the ratchet-like percussion instrument called the carraca, and a friction drum known as the zambomba.

Though for centuries, it has been Los Reyes Magos (the Three Magi) who give kids presents at the end of the holiday season, modern Spain has adopted a few popular foreign Christmas traditions, and Santa Claus, or rather Papá Noel, bringing presents on Christmas Eve is one of the most favorite. Certain regions of Spain, however, have their own Santa Claus alternatives that date back centuries. E.g., in the Basque Country, a coal vendor named Olentzero climbs down from the mountains to present well-behaved children with toys and naughty ones with coal. In Catalonia and Aragon, it’s Tió de Nadal (Christmas Log) who drops by every house and leaves candy for kids.

Observed on December 28th, the Day of the Innocent is a commemoration of all the babies who were massacred at the order of Herod, the governor of Judea fearing the prophecy of the birth of the king of the Jewish people would prove to be true. However, the Spanish word inocente can also mean simple or naïve, so, el Día de Los Inocentes is celebrated in a manner similar to that of April Fool’s Day in other countries. You'd better stay on the lookout for all sorts of pranks and tricks, or inocentadas, on this day!

The Christmas season continues with the celebration of the New Year, but it is a grand event that deserves a post of its own, so we’ll tell you about it some other time. And now, let’s test your Spanish vocabulary!