In the run-up to Columbus Day, let’s remember the milestones of the historically significant voyage supported by the Spanish royalty.
Share on Facebook 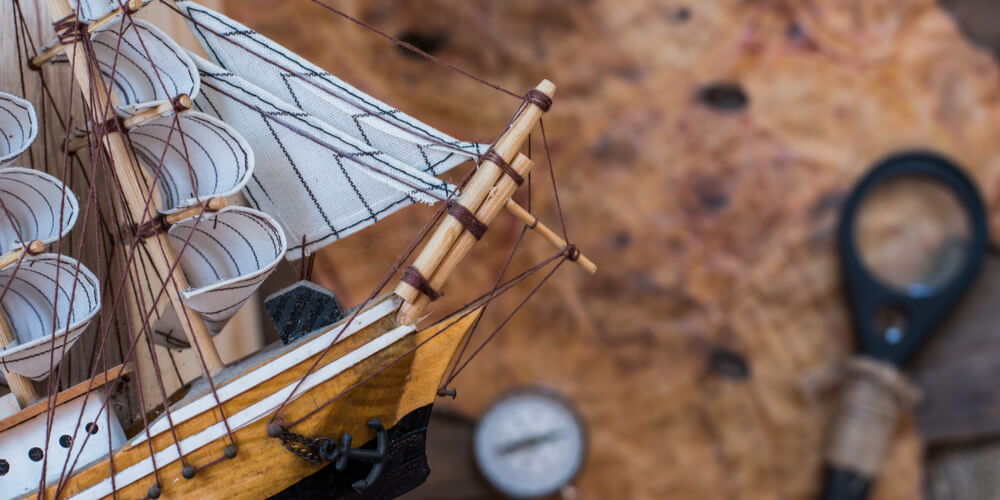 Celebrated on the second Monday in October, Columbus Day commemorates the historic landfall that Christopher Columbus made in the New World in 1492. Certain US cities started celebrating the date in the late 18th century, but things only became official in 1937, when President Franklin D. Roosevelt proclaimed October 12 a national holiday.

Despite the controversial views, Christopher Columbus is still an important figure in world history, and we can’t but admit that leading a tiny fleet of three ships across ‘the ocean blue’ was a brave act. Let’s remember the milestones of the historically significant voyage.

On October 12, 1492, Christopher Columbus made landfall in the New World after a two-months’ journey across the ocean. His sailing campaign was endorsed by the Spanish Royal family, King Ferdinand and Queen Isabella of Spain, who were interested in mapping a sea route to India, China, and the islands of Asia with their gold and spice riches. And here comes the trick: we are used to thinking that people of the Middle Ages didn’t know that Earth was round, but, despite the contrary belief, they did! The thing they didn’t know was that there was the Pacific Ocean they had to take into account, so Columbus assumed that crossing the Atlantic will bring him to the West Indies. But he ended up landing in the Bahamas, setting a European foot on the American soil for the first time since the 10th century, when the Vikings planted colonies in Newfoundland and Greenland.

A few weeks into his exploration of the Bahamas, Christopher Columbus got a sight of Cuba and assumed it was the Chinese mainland. In December he found Hispaniola and thought it was Japan, so this was where Christopher Columbus planted the first Spanish colony of 39 men. The triumphant explorer returned to Spain in March 1493, bearing gifts: spices, gold, and ‘Indian’ captives. Columbus traveled across the Atlantic for several times during his lifetime, but only by his third journey did he realize that the continent he ‘discovered’ was not Asia.

Columbus Day was first – and unofficially – celebrated in 1792, when New York’s Columbian Order (or Tammany Hall) commemorated the 300th anniversary of Columbus’ landing. Since that year, Catholic and Italian communities, who took pride in the explorer’s faith and birthplace, started holding annual celebrations – civilian parades and religious ceremonies – in honor of Christopher Columbus. The 400th anniversary was celebrated on the national level, as President Benjamin Harrison encouraged Americans to mark the date by ceasing toil and devoting themselves to patriotic festivities which would honor the explorer and express appreciation of the four completed centuries of life in America.

Columbus Day became official in 1937 when President Franklin D. Roosevelt proclaimed it a national holiday. This happened mainly due to the intense lobbying of the idea by the world’s largest Catholic fraternal service organization called the Knights of Columbus. The holiday originally had a fixed date – October 12, but since 1971 it was shifted to the second Monday in October.

The first opposition to Columbus Day emerged in the 19th century when certain groups rejected the holiday because of its religious nature. Quite recently, Native Americans and other concerned groups have started protesting the celebration, as they consider the historical event as a negative milestone that led to the deaths of millions of natives due to colonization, warfare, and infectious diseases brought from Europe. Whether Christopher Columbus is a hero or an invader is now a debatable issue, especially if one takes into account all the native peoples that he forced into slavery and his allegedly barbaric forms of punishment.
Various countries and nations have introduced alternative holidays:

A few US states have also rejected Columbus Day and turned the date into a day of remembrance:

What is your opinion of Columbus Day? Has Christopher Columbus achieved enough to get a personal holiday?