What do we know about Argentina? Let’s learn a few impressive facts today!
Share on Facebook
Get in Messenger 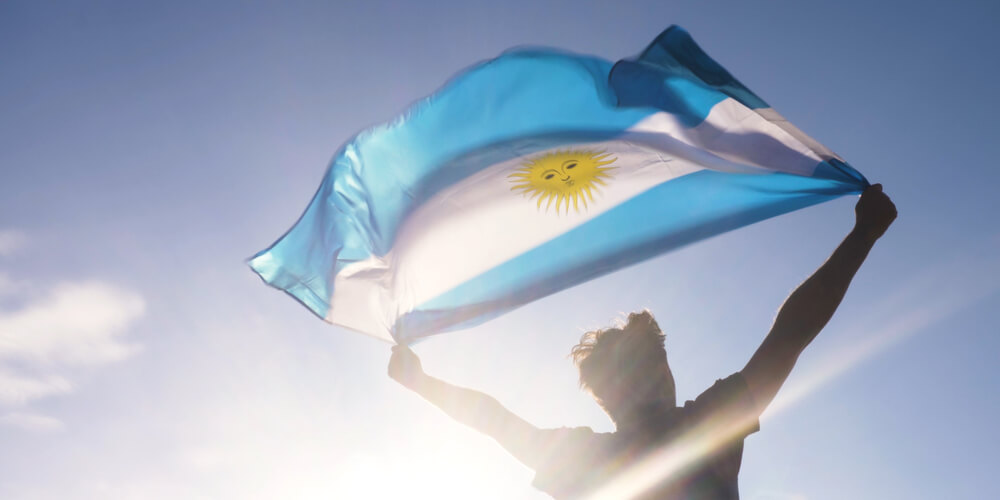 Argentina is a Spanish-speaking country, that it is the eighth-largest in the world country, its capital is world-famous Buenos Aires, and, probably, that its name means “silver”. But there is so much more to the nature, history, and culture of the amazing country!

We are used to thinking of Walt Disney as the father of modern animated films. However, the great master of animation is believed to have been inspired by Quirino Cristiani – a filmmaker from Argentina. Cristiani created his films on the basis of cardboard cutouts – a speedy animation technique. His first film appeared in 1917; it was a political satire titled “El Apostól”and created in collaboration with producer Frederico Valle. Unfortunately, all copies of the feature-length film perished in the fire at the producer’s studio in 1926. But Cristiani did not sink into despair and created his second satirical film called Peludópolis, which also was the first sound animated film.

Present-day Argentina was obviously home to some of the biggest dinosaurs who had ever roamed the Earth. Some of the recent excavation discoveries include Gigantosaurus – a bipedal, carnivorous dinosaur much like T. rex, only taller. Its prey may have included Argentinosaurus – another dinosaur found in Argentina, a 125-foot-high herbivore that could move at the speed of up to 5 mph. Finally, there is Eoraptor, the oldest carnivorous dinosaur ever found. It was bipedal, too, but reached only 3.2 feet in height.

You surely know the image of the revolutionary from the famous photo taken by Alberto Korda. Despite his role in the Cuban revolution, Guevara was not a native of Cuba. He was born in Argentina, where he also got trained to be a doctor of medicine and made the first steps along the revolutionary road.

Argentina is three times as small as the United States, and yet there is a great variety of extreme landscapes and weather conditions concentrated in the territory. For example, it has one of the most impressive waterfalls on Earth - the Iguazú Falls. Located on the border between Argentina and Brazil, an almost 2-mile wide expanse of water falls with a deafening roar from the height of 262 feet in 275 cascades. Or the Perito Moreno Glacier located in Patagonia – it is one of the world’s most important fresh water reserves, a glacier that is not melting, but growing instead! And I won’t even start explaining how incredible the Argentine forests and wildlife are!

Argentina was the first country in the world to rely on fingerprints to identify suspects. The stunning forensic technique was invented in the process of solving a horrendous crime – the murder of two young kids in 1892. Their mother claimed her neighbor did it, but when he was cleared, the detective on the case noticed a print left by a bloody finger on the door. Detective Alvarez took the mother’s fingerprints and compared them to the one he collected from the crime scene only to prove the mother’s guilt.

Argentina is one of the world’s most popular destinations in terms of plastic surgery tourism. Citizens of the country have also been deeply impacted by the development – on average, one out of every 30 Argentines has augmented something in their appearance via beauty surgery. There exists a condition called “fashion model syndrome” that affects people who want to look their best and end up with anorexia. Not only women are susceptible to the condition – or every 8 eating disorder victims, one is a male. This is probably why Buenos Aires has been alternatively named “Villa Freud” – too many people living in the capital or coming to it seek or require psychiatric help, hence the impressive number of psychiatrists practicing in the area.

Canada may be the first country to legalize same-sex marriages in the Americas, but Argentina has gone even further – it is the first country in which the child of a same-sex couple was born and registered, with the names of its two fathers in the birth certificate!

Intimate, passionate tango is called the “dance of love” for a good reason. It started as a means to exercise social roles, to use movement to speak about sexual attraction. The dance dates back to the brothels of Buenos Aires, from where it spread further to the working-class communities along Rio de la Plata (the river that lies between Uruguay and Argentina), and then overseas – to Paris and the rest of the world. The tango was the first couple dance that relied on improvisation; it is characterized by close positioning of the partners and quick movements of their bodies and limbs.

Argentina is a true wonder! I hope I can visit it one day and practice the local variety of Spanish while admiring the incredible beauty of the country and ordering some delicious authentic dishes of Argentina. But now it’s time for a short memory checkup – start the quiz!

How about practicing some Spanish vocab?
Your game is ready and waiting!
START QUIZ
Who or What is Hispanidad?
Before 1987, the National Day of Spain was known as el Día de la Hispanidad. Learn more about the all-embracing term!
funny-spanish.com
Argentine Icons: 5 Things Everyone Needs to Know
Ready to continue our journey through the second largest country of South America?
funny-spanish.com