Get back on the exciting journey through Spain: visit Madrid and learn 10 eye-opening and fun facts about the Spanish capital!
Share on Facebook 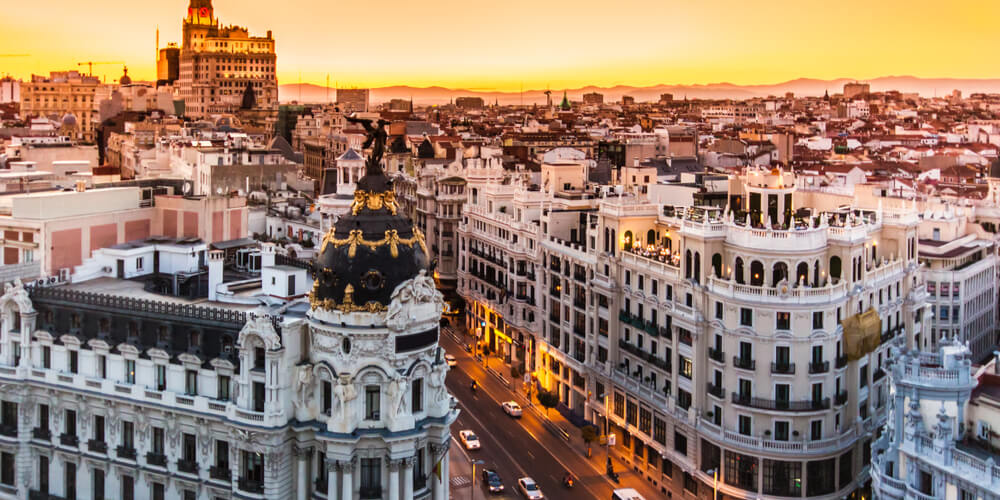 The center of Spain is located in the center of Puerta del Sol square (Gate of the Sun) on the Spanish Kilometer Zero. The square also hosts the statue El Oso y el Madroño (The Bear and the Strawberry Tree) depicting the Madrid coat of arms.

The residents of Madrid are called Madrilenians. But the Spanish have an alternative nickname for those who live in the capital: gatos (cats). It traces its origins to the medieval legend about a particularly agile soldier who climbed the city walls during the siege and threw down a Moorish flag. The soldier’s feat earned him, his descendants, and, by extension, the people of Madrid, this amusing moniker.

Madrid hosts lots of festivals, and the most popular one lasts two days from Shrove Tuesday to Ash Wednesday and features floats, music, street performers, and flamenco dancers. The culmination of the festival is the ceremony of el Entierro de la Sardina (the Burial of the Sardine) when the participants burn a giant figure of a sardine.

Madrid can boast of having the world’s oldest functioning restaurant in its limits. It’s called Sobrino de Botín (Botín’s nephew) and was founded in 1725. Its roast suckling pigs were immortalized by Ernest Hemingway in his novel The Sun Also Rises, and even Francisco Goya is believed to have worked there as a waiter.

If you have a soft spot for Spanish cuisine, then you will appreciate famous Spanish snacks called tapas (“cover”). They come in all shapes and flavors, but the most delicious is churros with chocolate: the taste of this long, slightly salty fried-dough pastry is greatly augmented by the contrast with sweet chocolate.

Among the residents of Madrid, there are several statues of people scattered around the city and located in seemingly random places like a newspaper reader in Plaza de la Paja square or bronze people taking a stroll in Plaza de San Ildefonso square.

You can oversee the whole city from the 1.5 mile-long El Teleférico (the cable car) running from the picturesque Paseo del Pintor Rosales to the center of Casa de Campo Park. Riding in the car, you can see Madrid landmarks, including Plaza de España (“Spain Square”) and the Royal Palace.

If you happen to be a fan of Looney Tunes or DC Comics, then you are welcome in Parque Warner Madrid located 15.5 miles south-east of the city and inhabited by Batman, Bugs Bunny, and Daffy Duck.

Madrid is a bullfighting Mecca: you can explore the long bloody history of the sport in Museo Taurino (“Bullfighting Museum”) and even watch a real corrida de toros tauromaquia on one of the city’s arenas.

Surprisingly, the Spanish royal family doesn’t live in Palacio Real (the Royal Palace) but resides on the outskirts of Madrid. You can still visit the Palace and be impressed by its interior for a fee of €11.

Now that you’ve learned some new Spanish words test your knowledge with our quiz!

And now, a Spanish vocabulary game!
Give your answers and see if you are right!
START QUIZ
6 Fun Facts You Didn’t Know about Toledo
Why is Toledo known for its marzipan? How much money did El Greco earn for the famous View of Toledo? Find the answers to these questions and more in our article!
funny-spanish.com
A Quick Overview of Spain
Get to know Spain in facts and figures to go beyond stereotypes!
funny-spanish.com